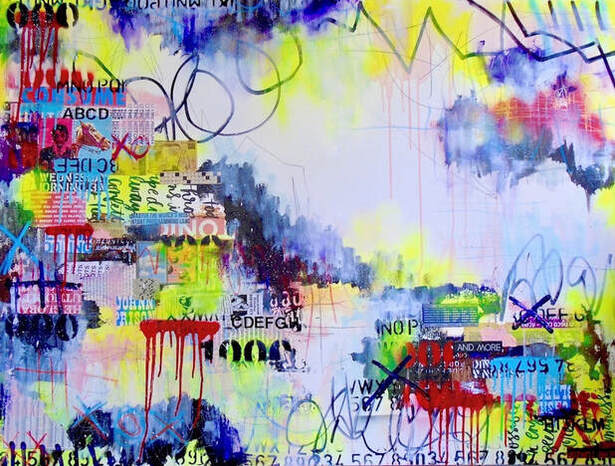 Lorette is also a widely-published writer whose poetry and prose has appeared in several hundred literary journals in print and online and more than a dozen anthologies. She has been twice nominated for the Pushcart Prize and twice for Best of the Net, one making it to the finalists. She has written five collections of poetry, two of them entirely ekphrastic, meaning poems responding to visual art. She is the founder and editor of The Ekphrastic Review, a journal devoted entirely to creative writing inspired by art.
​"Luzajic, like Wonder Woman, is her own institution." -Paul Robinson, Blog Critics
"Lorette C. Luzajic's mixed media art is a superhuman effort to coalesce the imaginative world." Moray Mair